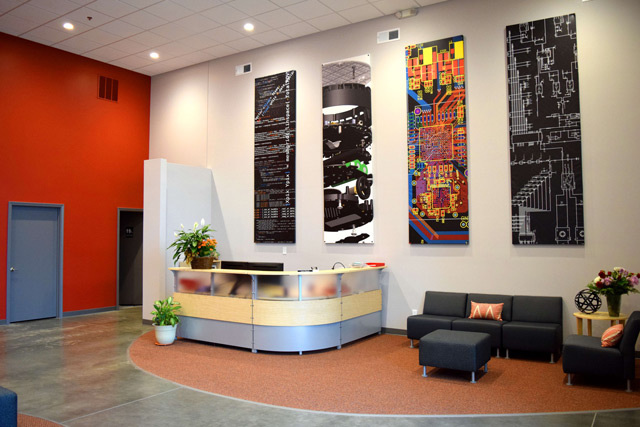 Ciholas began as the brainchild of Mike Ciholas. Starting in 1992, Mike became a full-time consultant, designing and inventing products for various clients. In 1995, Mike moved to Newburgh and continued his consultant work from the basement of his home. As the need for his skills increased, Mike sought to grow his business and hired his first employee in 1999. The business soon grew too big for his basement and over the years continued to grow to its present size of more than 35 employees, many of whom are graduates from the University of Evansville’s College of Engineering.

Today, Ciholas operates from a custom built 35,000 square foot building in Newburgh, IN. The building, personally designed by Mike, is perhaps the most energy efficient building in the Tri-State using a combination of insulation and geothermal heat pumps as the primary design elements.

Ciholas, Inc, has worked on many interesting projects over its twenty year history. The company has developed high-speed, photo-finish cameras that are used in sports worldwide. Ciholas-designed timing equipment has been used at the Olympics. In addition, Ciholas has worked on robotic systems used to defuse bombs in Iraq and Afghanistan and built devices that have flown in space.

Ciholas has done a lot of work in location systems, developing equipment to track miners underground during routine and emergency situations, and to protect miners from heavy equipment. Currently, Ciholas is a world leader in the development of location systems using ultra-wideband (UWB) radio technology. Ciholas’ UWB technology has been used in keynote presentations at the Consumer Electronics Show in Las Vegas, at the Grammy Awards, to track athletes in a number of sports, for safety and logistics in factories and warehouses, and even in the Museum of the Bible in Washington, DC. Ciholas’ work for clients spanning the globe has resulted in numerous patents and inventions across a wide variety of industries and uses.